In this article, we’ll try to cover all the major problems people face in the Hubsan X4 Model. We have also embedded one video in each section to watch and have more clarity about the problem.

In case of any problem, don’t forget to let us know in the comments below. We’ll try to respond as soon as possible. 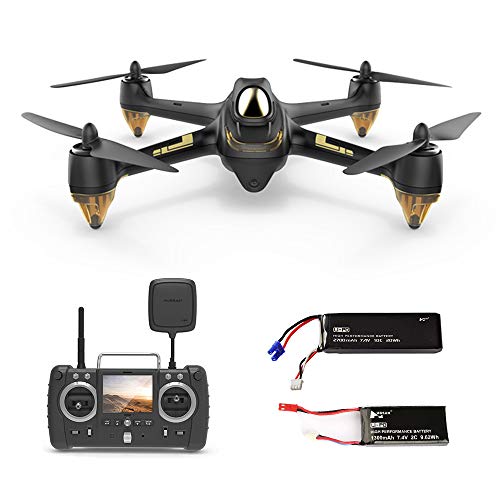 This is the question that many people are asking how to do the Hubsan x4 calibration.

If you are flying the drone for the first time, you have got your drone ready, the battery is fully charged, but before you take it off, you need to do the calibration.

So, before you start calibrating your drone, make sure that there is no interference nearby like metallic things, electric wire, and other obstacles.

At least, there should not be any interference in five meters of range. So, let’s dive into the process step by step.

There are two ways of doing the factory reset. Either you can go with the hard reset with the help of joysticks.

But, through the app, one is better. You have to go in settings and then security there, and you’ll have the factory reset option.

There is also an issue regarding the drone power not switching ON. In that case, the drone won’t start. If the drone is not getting started, it probably has not bound with the controller.

For more information, you can read the manual. Binding is simple, switch ON the drone and then the controller, then hold the throttle by bringing it down and holding it there till the lights become steady, and then you can release the throttle. Now you are ready to fly the drone.

If the quadcopter is gaining a little altitude but unable to take off, battery power could be below, and you can recharge the battery and try again.

If, after trying this also, the drone is not flying, you can let us know in the comments below; we’ll try to reply as soon as possible.


Hubsan users are also facing drifting problems with the drone as well. It might happen if propellers are not well fitted.

So, what you can do in this case, press down the propellers, make sure at the same time, it’s not touching the base as well because that might lead to the added friction and slow down the little pace bit.

You can also see the prop condition, cross-check that they are neither broken nor bent.

If still, you see that issue is not getting resolved, then there could be an issue with the motors.

You can also flick the props and can see if one stops earlier. It means that the motor might be faulty. You can go for the motor replacement, readily available online at a lower price.

This is also the issue that people are facing. If you see the issue from the very first flight, you can directly ask for the drone replacement by the company.

In this case, you can do one of the following things, which can probably resolve the issue.

The camera does not work on new Hubsan H501S X4

Hubsan x4 fpv video problems are very common. If the camera is not working, there could be certain reasons. Most of the time, there is an issue with the SD card that you are using.

You can reformat your SD Card to be Fat32. Also, keep in mind that it should be at least Class 10. If it’s lower than that, you can still face the issue.

You can also change the settings and see whether it’s working fine or not. If still, it’s not working, there could be an issue with the camera.

In that case, what you can do from your end is to check the prop guards, and then you can also have a look at propellers.

How’s the camera quality of the drone?
H107L doesn’t have a camera. For the camera, you should go with the H107C model, which comes with a two-megapixel camera. So, don’t have too much expectation from the camera. It’s a beginner drone and is only suitable for learning how to fly the drone.

What’s the default mode type of X4?
The default mode you get with the drone is Mode 2, where the left stick will work as throttle, and the right stick will do elevation and rudder. You can change the mode through the settings option.

How much capacity does X4 SD card support?
It supports up to 32GB. But, it should be at least class 10 and fat 32.

Is GPS available to X4?
Yes.

Can I use the basic version transmitter to control the advanced version drone?
Yes.

I am thinking of buying my first drone for under $25. Is there any good drone at this price?
You can check out this drone. It is one of the best drones under $25.